Pseudo-Goodwin cycles in a Minsky model

Goodwin cycles result from the dynamic interaction between a profit-led demand regime and a reserve army effect in income distribution. The paper proposes the concept of a pseudo-Goodwin cycle. We define this as a counter-clockwise movement in output and wage share space which is not generated by the usual Goodwin mechanism. In particular, it does not depend on a profit-led demand regime. As a demonstration, a simple Minsky model is extended by adding a reserve army distribution adjustment mechanism. The wage share responds positively to output but generates no feedback. In the augmented Minsky model, cycles are generated purely through the interaction between financial fragility and demand. By design, demand is not influenced by changes in income distribution. But the model does exhibit a pseudo-Goodwin cycle in the output-wage share space. This holds true even if a wage-led demand regime is introduced. This demonstrates that the existence of a counter-clockwise movement of output and the wage share cannot be regarded as proof of the existence of a Goodwin cycle and a profit-led demand regime. 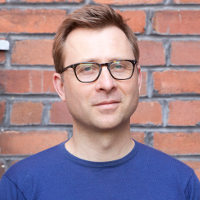