What has driven the delinking of wages from productivity? A political economy-based investigation for high-income economies

The drop in the labor share experienced in high-income countries in the last three to four decades testifies to a general divergence in the growth rates of labor productivity and average wages. In this respect, we first quantify the magnitude of this decoupling; second, we inquire into the factors that prevented wage growth from keeping pace with productivity. We endorse a ‘political economy’ approach – a line of inquiry which has been recently fueled and followed by the post-Keynesian literature – focusing on the effects on wage dynamics of some macroeconomic and institutional factors in a panel of 22 OECD economies for the post-1970 period. We find that, on average and over the cycle, only 50% of increased productivity went to workers. Our empirics indicate that labor market slack and the weakening of pro-labor institutions have acted as wage-squeezing factors; a negative effect is also found for globalization, specifically for trade openness and international capital mobility. Other aspects of the process of financialization, such as market capitalization and the dynamics of the real interest rate, seem not to have exerted a substantial impact on real wage growth. 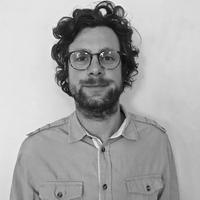