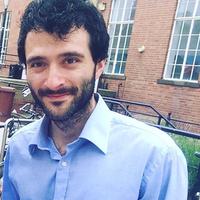 Dr Samuele Bibi joined the Northumbria University Business School in 2021 where he is a Lecturer of Macroeconomics. He has previously lectured economics in Goldsmiths University (UK), Universidad de Piura and Universidad San Ignacio de Loyola, Peru.
Beyond his teaching experience in different institutions in UK, he worked as an economist in both international and governmental institutions such as the FAO-Food and Agricultural Organization (United Nation), Peru and the Department of Health, UK.

He obtained his European PhD from the University of Trento, Italy and Leeds University, UK where he was a visiting researcher. He has a PGCE from Greenwich University, a MSc in Economic Sciences from Roma Tre University, Italy, a second level MSc in Cooperation and Development from IUSS-School for Advanced Studies, Italy and a BSc in Business Economics from Perugia University.

His broad areas of research include the different approaches to macroeconomics, computational economics, agent-based economics, endogenous cycle theory, development economics.
His research is focuses on Post-Keynesian computational and heterodox macroeconomics , in addition to development economics particularly of Latin American countries. He has published articles in multiple international academic journals such as the Cambridge Journal of Economics and the Journal of Post Keynesian Economics.

He is part of the Scientific Committee of CSEPI-Centro Studi Economici per il Pieno Impiego (Economic Studies Center for Full Employment), and he is also part of the PKES-Post-Keynesian Economics Society and of Reteaching Economics.