Ingham and Keynes on the nature of money

This paper compares and contrasts the thinking of Keynes and Geoffrey Ingham, focussing mainly on The General Theory and Ingham’s The Nature of Money (2004). Two points in particular are addressed: first, the relevance of Ingham’s insistence (following Keynes, among others) on the primacy of money of account to an understanding of Keynes’s own insistence that income is intrinsically monetary and upon the importance of the wage unit as an analytical tool; and second, the subtle contrast between Keynes and Ingham in their understandings of the source of interest as a genuinely monetary and not a ‘real’ phenomenon. Where Keynes identifies uncertainty as the source of interest within a methodologically individualistic framework of analysis, Ingham offers a sociological case in terms of the struggle between the debtor and creditor interests that inevitably emerge as a result of the creation of bank money under capitalism. Taking both points together, Ingham’s work not only underpins the crucial distinction between money and ‘real’ wages for the theory of employment but also develops Keynes’s recognition of the potential opposition between the interests of finance and industry.

Keywords: nature of money, nature of income, theory of interest 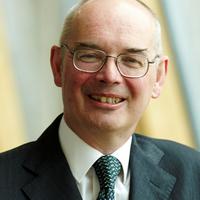