Household wealth structures and position in the income distribution – econometric analysis for the USA, 1989-2013

This paper empirically investigates the relationship between household wealth composition and income inequality in the USA between 1989-2013. Interactions between wealth accumulation and income are a vital driver of inequality in capitalist economies. But not enough is known about which types of wealth are more conducive to sustained improvements in household’s position in the income distribution. This paper contributes to the literature by estimating how accumulation of different forms of wealth influences income inequality. Using linear regression analysis and non-parametric median slope estimation with data from the U.S. Survey of Consumer Finances between 1989-2013, we find a statistically significant relationship between household balance sheet composition and position in the distribution of income relative to the median. Greater share of primary residence and low- yielding transaction accounts in total asset portfolio, and higher contribution of unsecured debt to overall debt holdings are found to push households away from the median towards the bottom of the income distribution. Higher relative accumulation of business equity, high-yielding financial investment assets, secured debt, retirement and insurance assets, and other property are found to pull households further away from the median towards the top of the income distribution. The latter effects are found not to be shared equally across gender, racial, and intergenerational groups. 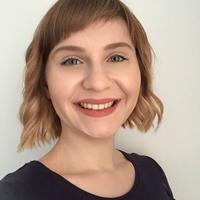