In a recent contribution, Nikiforos (2016) has claimed that the FED data on capacity utilisation is stationary by construction, and thus, not suitable to test the Neo-Kaleckian model. He then proceeds to provide new series on capital utilisation, which he claims are non-stationary and provide, supposedly, support for the Neo-Kaleckian model. This comment presents two interrelated claims. First, the measurement error that Nikiforos claims to be I(1) in the FED series is I(0), and what is measured with error is only the level of the series. Thus, this series is suitable to test the Neo-Kaleckian model. Secondly, he does not provide unit root tests for the series he suggests as superior to the FED. When this exercise is carried out, almost all unit root tests decidedly reject the existence of a stochastic trend on his 3 proposed series, which, according to the author, do not lend support to the Neo-Kaleckian model. We conclude that measures of capacity utilisation based on FRB data are a reasonable source to test the implications of a wide variety of macroeconomic models. 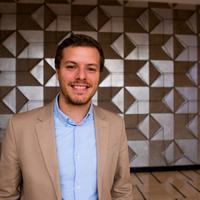