One of the most debated questions in alternative macroeconomics regards whether demand policies have permanent or merely transitory effects. While Kaleckian ecoomists have argued that demand matters even in the long run, both economists operating within other Keynesian traditions (e.g. Skott, 1989) as well as Classical economists argue that in the long-run output growth is constrained by the so-called natural rate. This paper attempts to bridge the gap by analyzing the role of firm beliefs about the state of the economy in a labor-constrained growth and distribution model based on Kaldor (1956) and Goodwin (1967) but featuring an explicitly dynamic choice of capacity utilization. We show that: (i) the relevance of such beliefs generates an inefficiently low utilization rate and labor share in equilibrium; but (ii) the efficient utilization rate can be implemented through fiscal policy. Under exogenous technical change, (iii) the inefficiency does not affect equilibrium employment and growth, but expansionary fiscal policy has positive level effects on both GDP and the labor share. Conversely, (iv) with an endogenous bias of technical change, fiscal policy will have not just level effects but also long-run effects on labor productivity growth and the employment rate. Finally, (v) the fact that the choice of utilization responds to income shares has a stabilizing effect on growth cycles, even under exogenous technical change, that is analogous to factor substitution. 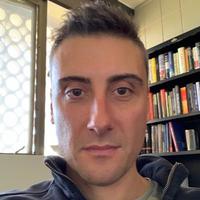