Building blocks for the macroeconomics and political economy of housing

Housing has played an essential part in the global financial crisis 2007-08 and the Euro crisis. Large parts of bank lending go to mortgages. Housing wealth is the largest part of wealth for most households and is, at the same time, more dispersed than other forms of wealth. House prices exhibit pronounced fluctuations that are closely linked to credit growth. Housing thus plays a crucial role in the macroeconomy, which has become even more pronounced under neoliberalism. We scrutinise different theoretical approaches to housing. Despite its theoretical shortcomings mainstream economics has pioneered empirical research on wealth effects in consumption and recently documented the role of house prices in financial cycles. Post-Keynesian theory emphasises endogenous money creation, cycles in asset prices and debt, and have formalised the notion of a debt-driven demand regime. Comparative Political Economy research has recently developed the concept of the varieties of residential capitalism, which has different structures of house ownership and housing finance at the core of political coalitions. Marxist political economy has long established the intrinsic link between ownership of land and economic rent and notes that homeownership can act as force of working class fragmentation. Wealth surveys can be used to trace the extent of conflicting interests in a class-relational approach. 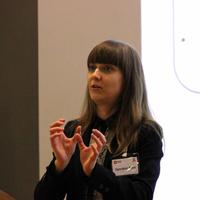