The main objective of this paper is to incorporate the technological asymmetries between countries in the formal structure of the so-called Kaldor-Pasinetti model of growth and distribution. We will name such a model as Kaldor-Pasinetti-Verspagen Growth-Model. Our basic contribution for the literature of post-Keynesian models of growth and distribution is to redefine Kaldor´s technical progress function to incorporate the technological gap in the determination of the natural rate of growth. Such incorporation will make possible for such class of models to generate uneven development between countries, at least for mature economies, that is, economies where all labor force is employed in the modern or capitalist sector. Since in such models, income distribution is the adjusting variable between natural and warranted rate of growth, one important result of our model is that income distribution between wages and profits is a non-linear function of the level of technological gap: below some threshold level of technological gap, profit-share will be reduced with the reduction of technological gap; above such threshold level, hover, the opposite effect occurs. Another important contribution of this article is to make a general formulation of the saving function, incorporating in the same model the contributions of both Kaldor and Pasinetti. From this general formulation, we can make different closures for the general model, which will allow the analysis of the implications of different assumptions about saving behavior over the income and wealth distribution in the balanced-growth path of mature economies that operate with different levels of technological gap. 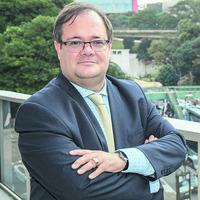