The paper offers a monetary perspective on the role of capital flows in the Eurozone's north-south divide. It argues that finance-centric narratives in Comparative Political Economy rightly emphasise financial instability in the periphery, but that the role of capital flows therein requires clarification. The paper draws on post-Keynesian monetary theory, coherent accounting, and balance-of-payments data to make three main points. First, the focus on the financial account as a driver of current accounts should be abandoned in favour of an analysis of gross capital flows. Gross flows need not stem from excess savings in core countries and can be independent from trade flows. Second, speculative portfolio flows into bond markets and foreign direct investment into real estate are causally more important than interbank flows in driving financial instability. Third, rising spreads in the periphery during the Eurozone crisis and the outbreak of the pandemic were not triggered by balance-of-payments problems but by a reversal of speculative flows in government bond markets. The argument suggests that Comparative Political Economy should dedicate more attention to institutions that render peripheral countries particularly susceptible to speculative capital flows into asset markets. 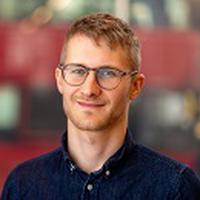