Labor productivity, real wages, and employment: evidence from a panel of OECD economies over 1960-2019

This study empirically investigates the relationship between labor productivity (LP), average real wage (RW), and employment (EMP). The paper's main goal is to provide a test of competing theories of growth and income distribution. Standard theory predicts that real wages should increase following increases in labor productivity. Alternative theories and efficiency wage theories suggest that it is the distribution that causes changes in labor productivity. Theory delivers ambiguous predictions regarding the ultimate effects on employment, which can be either negative if factor substitution prevails or positive if higher wages and higher output per worker generate additional aggregate demand and, therefore, employment. I study a panel of 25 OECD economies over 1960-2019, using several approaches: 1) ECM, DOLS, FMOLS, and ARDL regressions with exogenous and endogenous variables, and 2) a VECM exercise as a robustness check. First, there is a long-run relationship between these variables when LP and RW are considered dependent variables. Second, EMP cannot be explained statistically by LP and RW in the long run: it is weakly exogenous, implying that OECD economies as a group have been, on average labor-constrained in the last six decades. Third, I find a positive two-way causality between LP and RW in both the long and short run, supporting the induced technical change, efficiency wages, and bargaining theories over the neoclassical theory. Fourth, concerning the LP-EMP nexus, in the long run, the results show a negative association, statistically significant for the single-equation estimates from EMP to LP in most specifications. Fifth, there is a positive effect running from EMP to RW in most specifications, statistically significant only in the single-equation. Sixth, both LP positively affects EMP, and RW negatively impacts EMP in the short run. 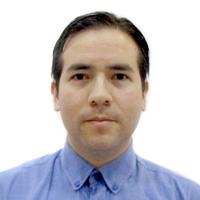