This article aims to theoretically and empirically study the macroeconomic interactions between productive structure and income distribution in the context of the Global Value Chains (GVC). Firstly, we develop a theoretical framework, inspired by the Structuralist macroeconomic literature, establishing distinct regimes in the scenario of globalized production chains. The regimes are defined in terms of (1) a structure/diversification regime, (2) an integration/GVC regime, both drawn from the Balance of Payments Constrained Model (BPCM) literature, and (3) a functional income distribution regime. The theoretical framework guides the selection of proxies used to characterize each regime, measured using Principal Component Analysis (PCA) scores. That allows us to identify country patterns in a structured typology. Finally, we focus on growth trajectories, estimating the causal relationship between each of the beforementioned regimes and per-capita growth, using IV estimations. The dataset consists of 37 countries, with sources from the World Development Indicators (WDI), World Input-Output Database (WIOD), Trade in Value Added (TiVA), and the Penn World Tables (PWT). On one hand, this article contributes to structuralist growth models that typically estimate demand and distribution regimes independently, thereby offering a unified narrative on regimes of economic growth in the context of GVCs. On the other hand, our typology depicts how growth dynamics vary distinctly by geographical regions and how globalization has retained and accelerated processes of uneven development globally. The results show that (1) developed countries are more inclusive in terms of distribution under GVCs, (2) structural change has been exclusive, and growth patterns have been following a specialized pattern, and (3) the growth pattern has been associated with higher integration, but less diversification. 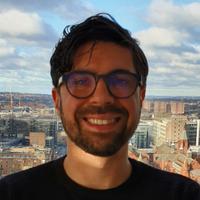